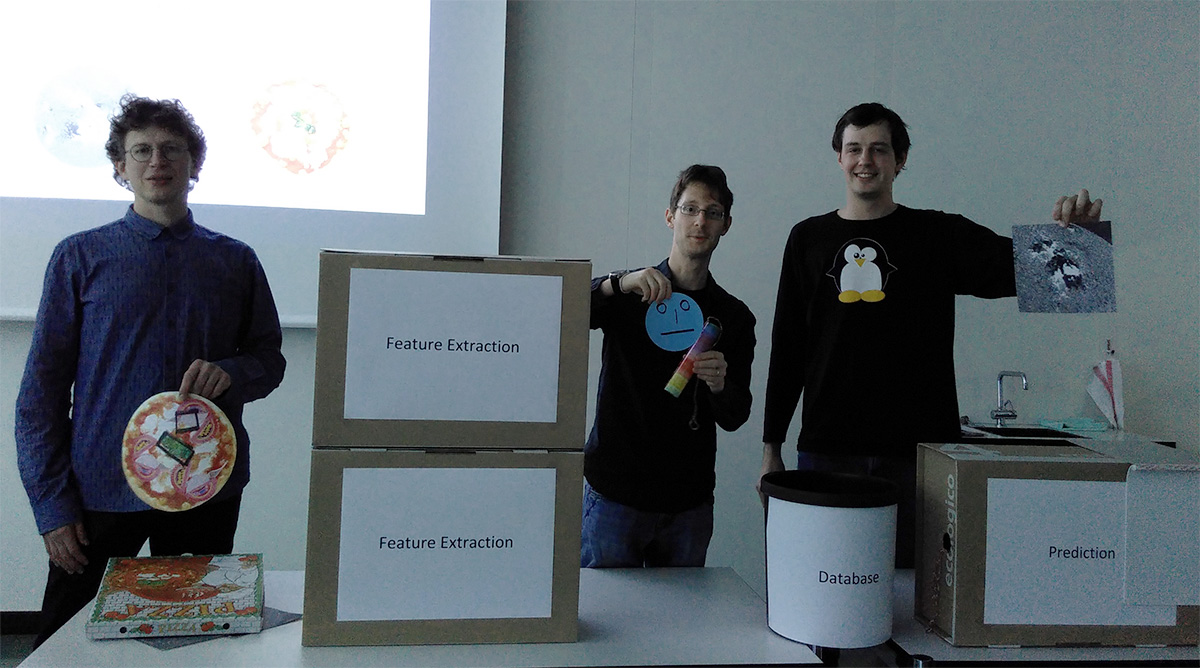 A couple of weeks ago we were asked to present the FLARECAST software infrastructure at one of the regular science talks organised by Fachhochschule Nordwestschweiz (FHNW). As software talks tend to be rather abstract for non IT experts we thought about demonstrating it in a more concrete form and came up with PizzaCast. PizzaCast’s goal is to forecast the tastefulness of a new pizza creation. The pizza serves as an analogy to the Sun, both being hot and having the shape of a disk with varying regions of interest.
Rather than showing software diagrams we substituted the FLARECAST software infrastructure by a couple of labeled cardboard boxes and some data containers of different shapes, i.e. pizza boxes, paper rolls and an envelope. 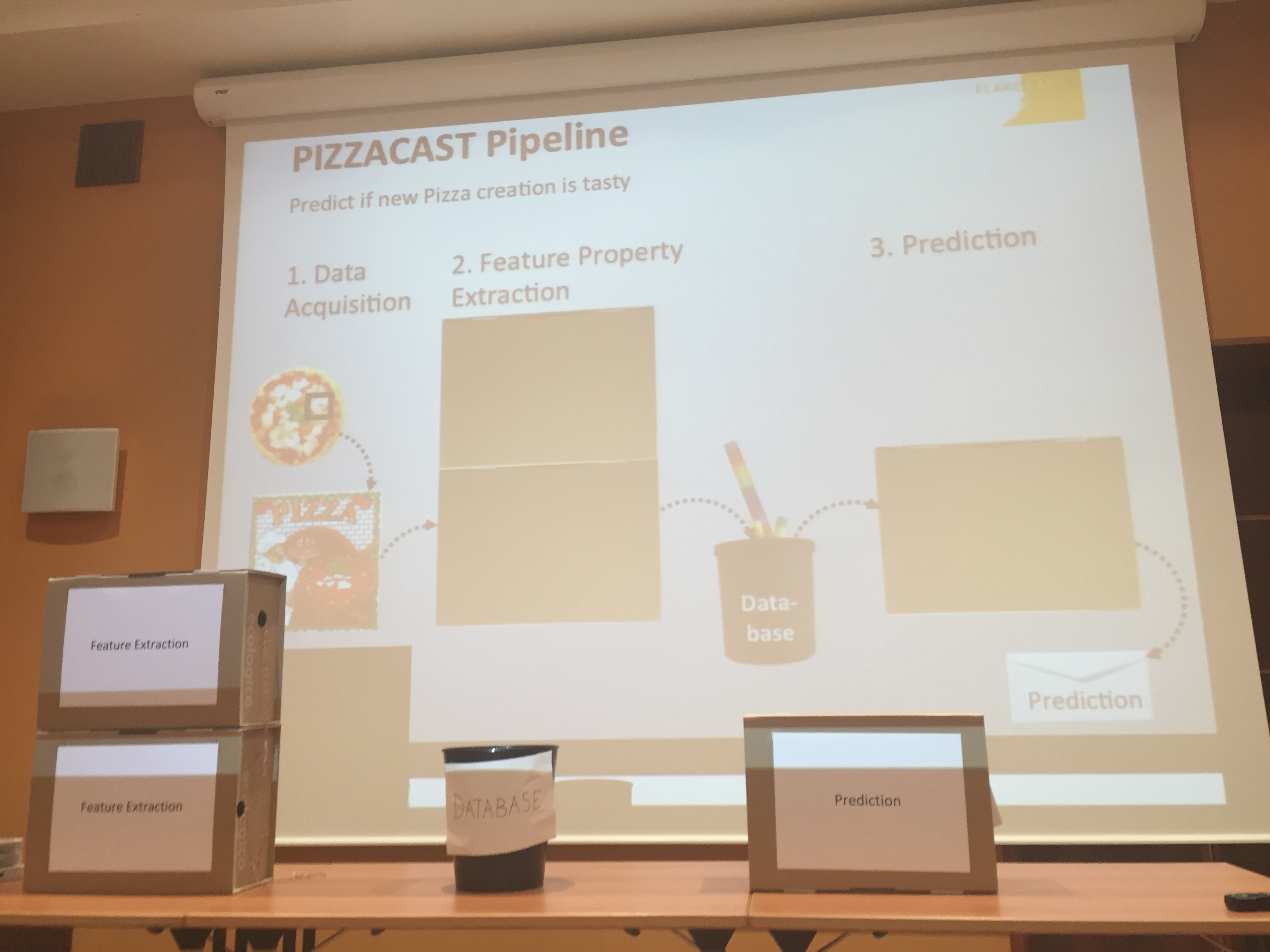 The PizzaCast setup, including the accompanying PowerPoint slides.

During the presentation we physically demonstrated the processing steps required for pizza taste forecasting. A couple of PowerPoint slides shown in parallel provided the link to FLARECAST and flare forecasting. Additionally, to better distinguish the two topics, we did a team presentation. One person spoke about PizzaCast while the other talked about FLARECAST.

The video below shows a sequence of a second PizzaCast presentation given at the FLARECAST Science Workshop in Meudon in June 2017. It was well perceived by the audience and even triggered some interesting technology discussions.

Using analogies for presenting computer science is definitively something that works pretty well, but it needs some careful preparation. Indeed, it took us several iterations and test sessions until we came up with the current solution and we already have ideas on how to improve it for the next time. Thus, the technique may be too expensive for many cases, but it is certainly worth it if you intend to give a presentation multiple times for a mixed audience.