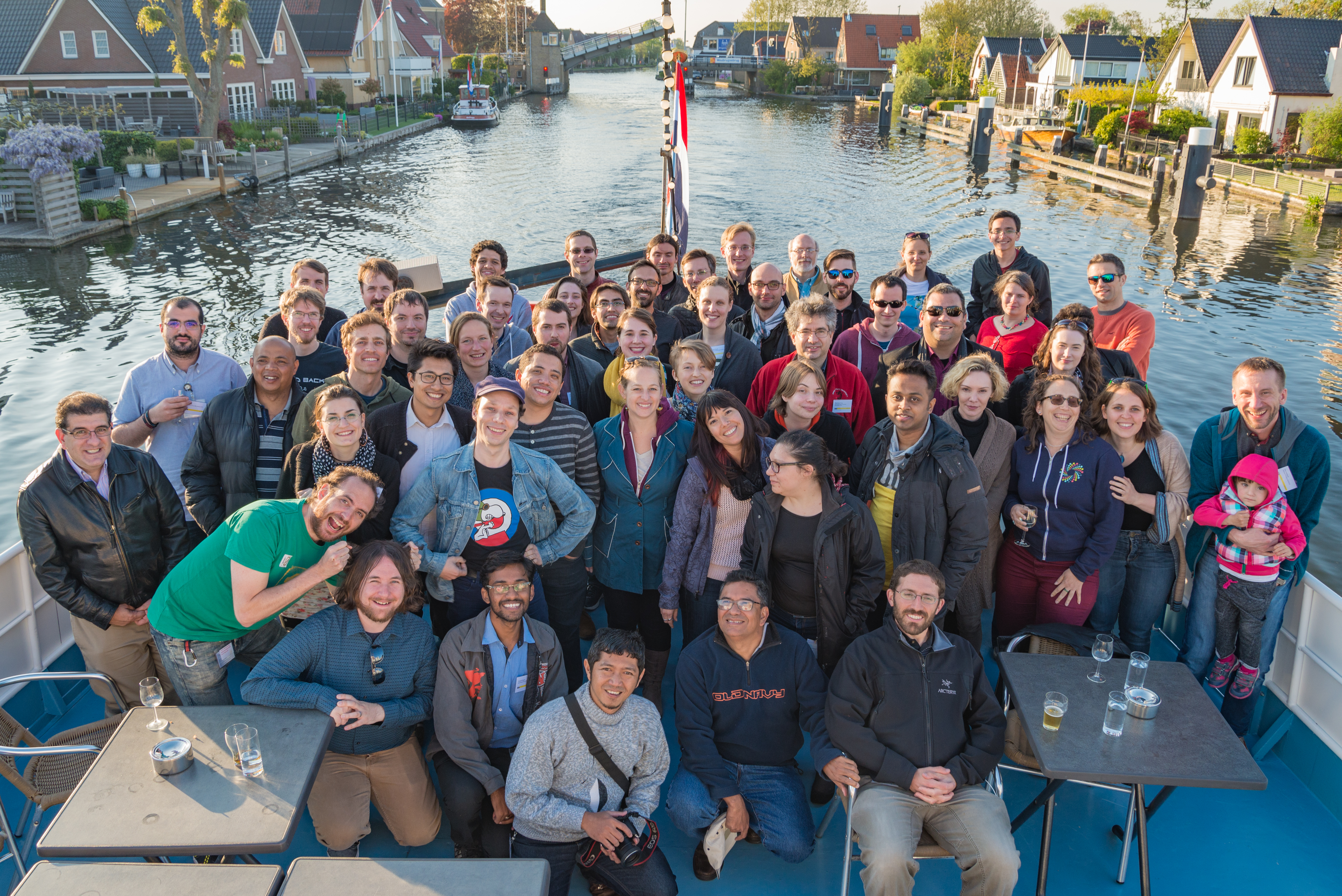 Although it remains a bit of a controversial topic amongst those who still prefer IDL, the Python programming language is becoming increasingly popular in the astrophysics community for development and analysis. For the first time it has the most mentions in NASA/ADS, the popular online publication reference database:

Seeing how we made it into 2017, I thought I would update this graph. Seems 2016 was the first year with more Python than IDL. @astrofrog pic.twitter.com/fRmdi5JJna

It has a huge user and developer community outside of academia, and although I could spend this entire blog post discussing its pros and cons, perhaps most importantly is that its free and open source! There is now a strong astronomical Python community supporting community libraries such astropy and SunPy.

Another concept that is becoming more popular amongst scientists is the ‘unconference’. I attended the 2017 Python in Astronomy meeting in Leiden, the Netherlands, last week which is organised around this concept. However since it was a conference related to Python there were hack and sprint sessions as well as unconference sessions. The first question the attendees had to deal with was whats the difference between all these different types of sessions?! See below for what we came up with:

So, the format is a lot less formal than a traditional conference, which allows for much more attendee input and interaction. The code of conduct also ensured a very welcoming atmosphere for a diverse group of attendees who had come from all around the world. I had previously attended space-related unconferences, however this was my first time attending one related to programming and it was definitely my favourite meeting yet!

The day-to-day schedule of the workshop generally consisted of a few invited talks followed by unconference planning in the mornings, with the afternoons dedicated to these planned sessions. Many unconference sessions turned into tutorials on various coding topics requested by attendees, such as pull requests with GitHub, data visulisation, software packaging, Graphical User Interface development with Qt, and web app development with Django. Other sessions (particularly the invited and lightning talks) discussed science applications of astropy and Python in general, everything from archeoastronomy to gravitational waves to space weather. Thursday was hack day, which basically meant loads of really cool projects being worked on by really cool people! Important high level topics were also discussed in detail throughout the week such as version control, code review, open access, and teaching python. See below for some highlights of the week:

With ~300 applicants for only ~50 places, the organising committee made sure no-one missed out by live-streaming the talks throughout the week and setting up an online folder of unconferences notes and talk slides. There was also an extreme amount of tweeting by the attendees as well as @pyastro17 itself via the #pyastro17 hashtag:

I would highly recommend Python in Astronomy to everyone, whether you’re a newbie or an experienced Python programmer. I certainly learned loads of new things and met some very interesting people. I’ll sign off with a nice collection of photos the attendees took throughout the week!