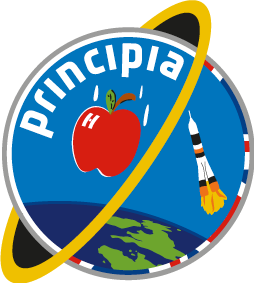 The UK has been very excited of late about a certain astronaut taking his first steps onto the International Space Station. Tim Peake is the first British ESA astronaut, and he and his team launched into space on Tuesday 15th December on a Russian Soyuz rocket. A lot of Tim’s work onboard the ISS as part of the Principia mission involves outreach, and there is a huge amount of educational activities associated with the mission.

The Met Office space weather group has been involved with one activity in particular in the lead up to the launch. The Astro Science Challenge is an interactive, space science adventure for children aged 7-11. The adventure consists of six missions, each with a new science-based challenge for the students to complete. All participants who successfully complete each challenge in the adventure are rewarded with an online digital badge endorsed by one of the partners involved with designing the missions. The challenges include:

The missions were released every week in the build up to Tim’s launch, and on launch day there was a very special graduation ceremony for the students at the Science Museum in London. The graduates were extra lucky to watch the launch itself on the giant IMAX screen! See some photos of the event below, courtesy of Unlimited Space Agency (see more here):

There has been an overwhelmingly positive response to the challenge, and hopefully the students have enjoyed learning all about space. So far over ten thousand badges have been awarded for successful completion of missions! The mission activity is mapped against Key Stage 2 National Curriculum requirements in the UK, but the challenge is certainly not limited to the UK and there are students from other countries in Europe taking part. The missions will stay live throughout Tim’s six month mission, and there will be another special graduation ceremony when he returns to Earth. To take part check out the Makewaves website, all content is available now for free!